Welcome traveler, I would like to welcome you to the humble home of the Gaiscíoch (Pronounced: Gosh-Kia) Family and Tuatha Social Gaming Community. Our family began as a social gaming community in the industry pioneering MMORPG Dark Age of Camelot. We began on the Nimue server on November 11th, 2001, with a focus on creating a fun and enjoyable community for players of all ages and skill levels.

The Gaiscíoch takes it's name from the Irish legends found within the "Cét-chath Maige Tuired", "Lebor Gabála Érenn", and "Cath Maige Tuired" which chronicles the first people of Ireland the Tuatha de Danann. Specifically the First Battle of Moyturna where the Tuatha de Danann hand-picked the most honorable and loyal warriors to fight along side the Celtic gods in a battle against the Fir Bolg. These Warriors were known as the Gaiscíoch.

With our roots firmly attached in the Celtic Mythological Cycle, the Gaiscíoch hold honor, respect, integrity, and fellowship close to heart. Our events are open to the public and guild membership is never required.

Today the Gaiscioch Social Gaming Community consists of 415 active members across 19 countries. In the past month they have hosted 126 public events across 72 games. We actively publish our own digital gaming magazine, daily livestreams, and host an annual charity event.

We are a social casual gaming community with a relaxed approach toward gaming. We allow our members to play how they want, when they want, as long as they want, and do not constrict them with quotas or requirements. It is through gaming, athletic competition, and social interaction that we forge new friendships and relationships. 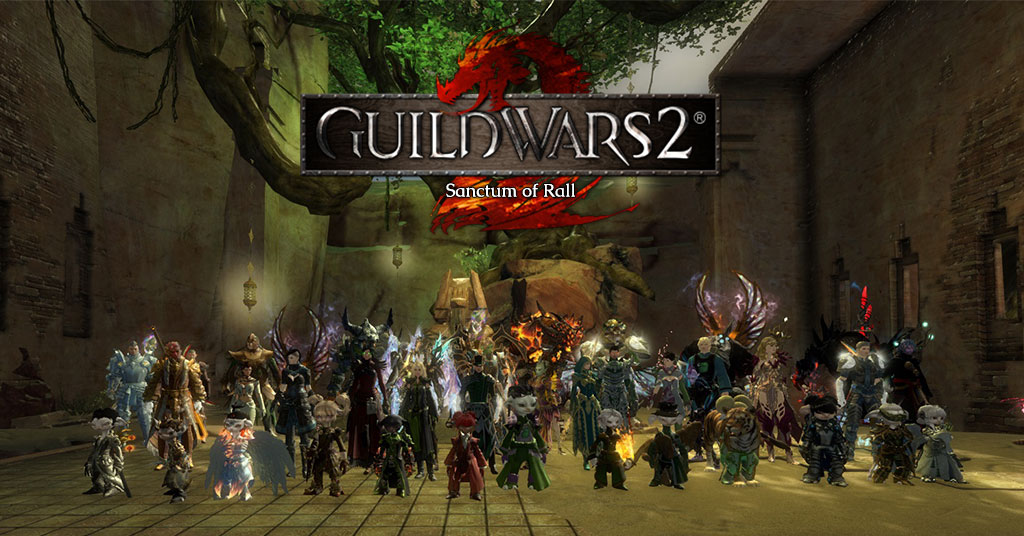 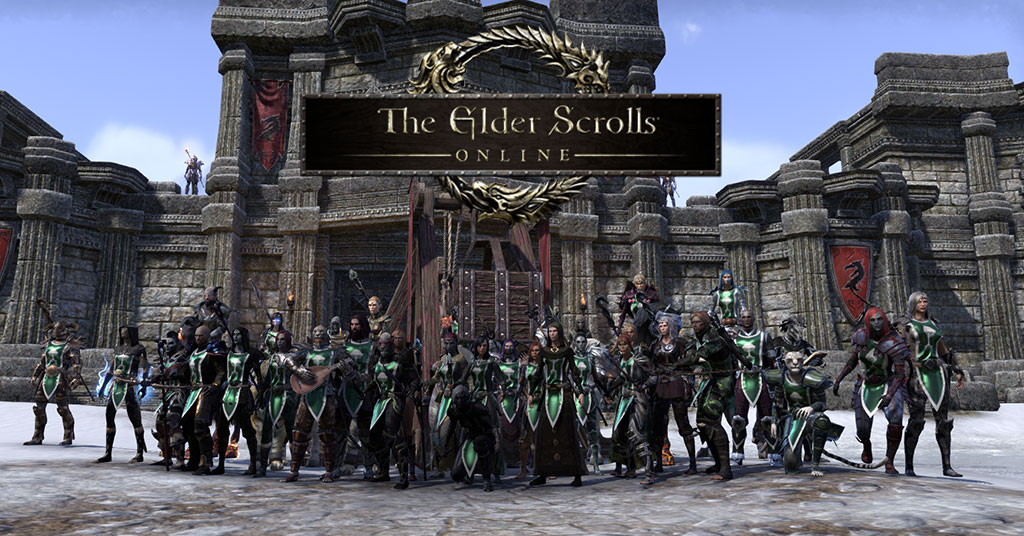 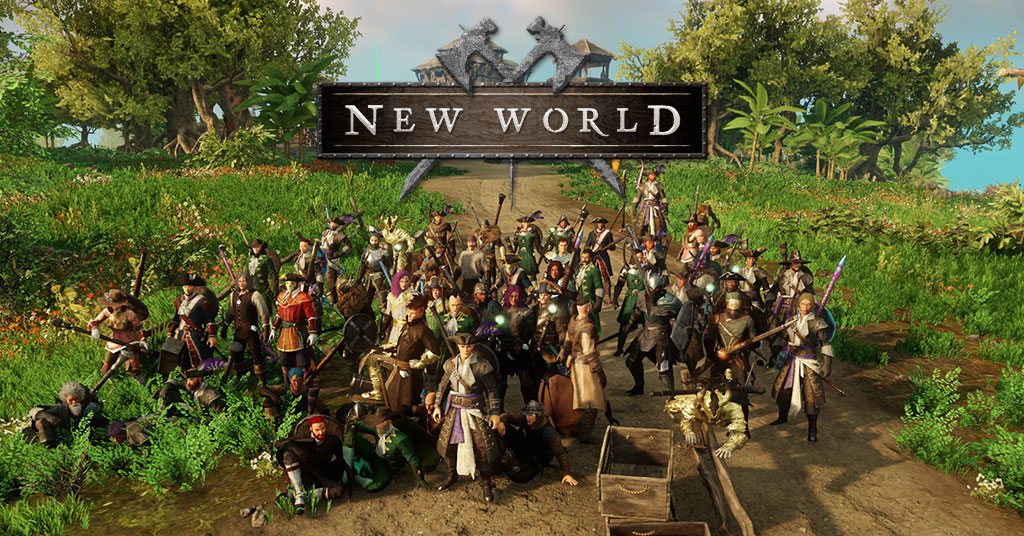 These titles are on our Watch list for inclusion in our Chapter and Adventure lineup.

Gaiscioch plays host to some of the largest public community events in MMORPG space. 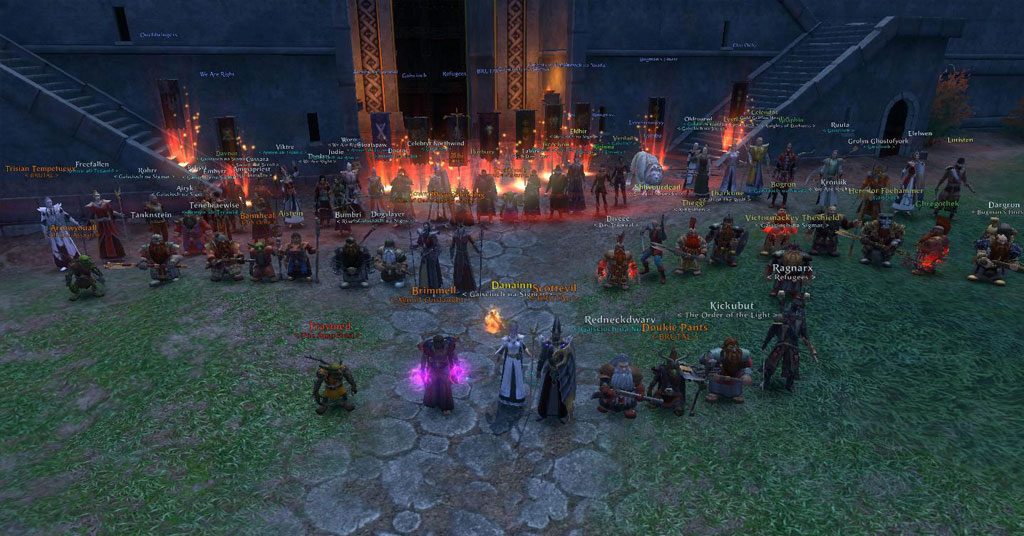 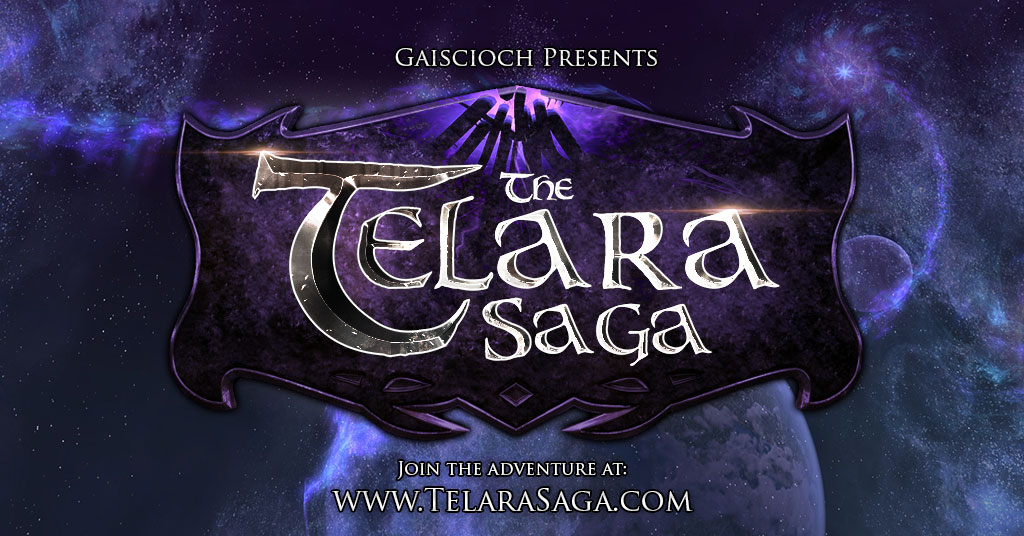 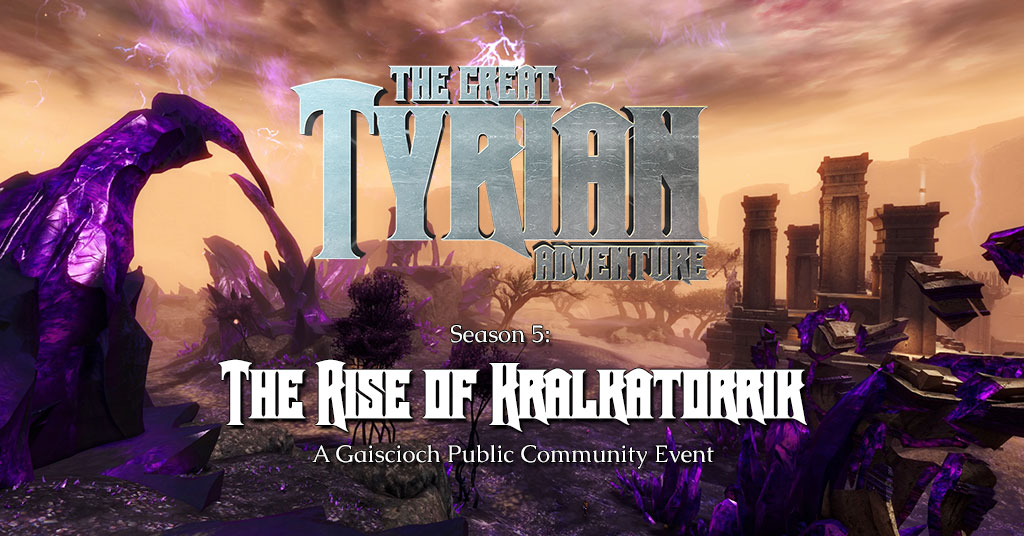 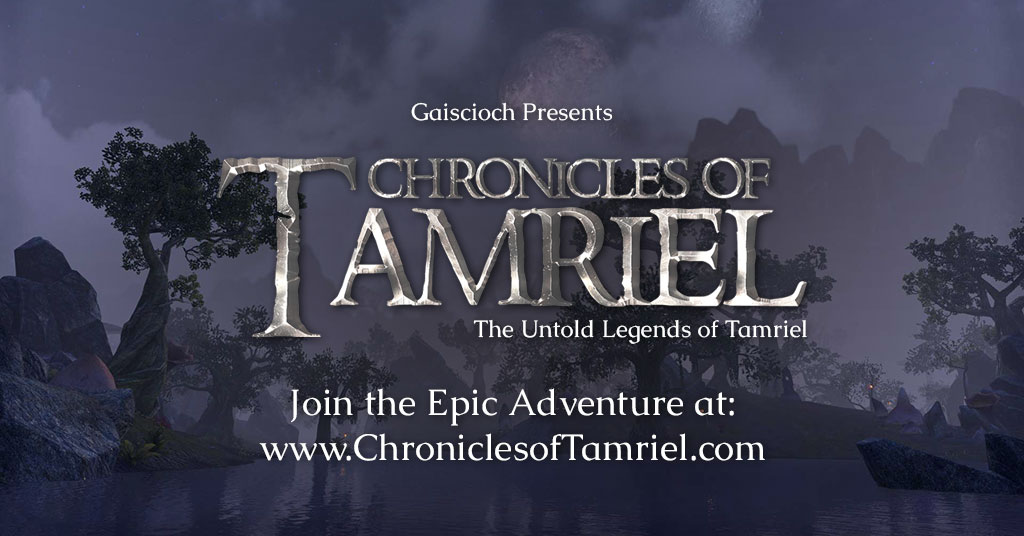 Our community is built in a way that any player can choose to lead events and activities and climb the warlord ranks. Leaders gain a full range of tools to help them organize, lead, and track their victories on the battlefield.

Members can attend activities planned by leaders to gain Honor Points and Vault Credits. Each time a member participates they gain currency that allows them to buy crafted goods, materials, or even games.

Being a new member to Gaiscioch is daunting at first. Let our Mentors help guide you through your first few months. We offer 1 on 1 mentorship for all new members to ensure their experience is the best possible.

Our Tavern is filled with over a decade worth of history and discussions. Discussions range from in game to real world life challenges.

Each month upon request, the Gaiscioch Family Notes is sent to your inbox filled with information about the community to help you plan your months activities and stay connected with the community.

Order new items for our chapter games or fill a work order for a crafted item or material. At the marketplace you can buy items and materials using Vault Credits.

What could be better? Playing games to earn new games. Our loot vault is filled with game codes donated by players and game studios. Use Vault Credits to score a new game for your library..

Show your Gaiscioch pride with one of our many shirts, hats, coffee mugs, or jerseys sold at cost.

Players earn a unique rank based on their gender, family rank, warlord rank, and length of time they've been active with the community giving each and every member a unique title within the community.

Gaiscioch is approached by game studios constantly to share their feedback and testing ability with their studio. As a Gaiscioch you can join the Pioneer team and help make better games.

We go above and beyond to help provide knowledge and make experiences memorable. 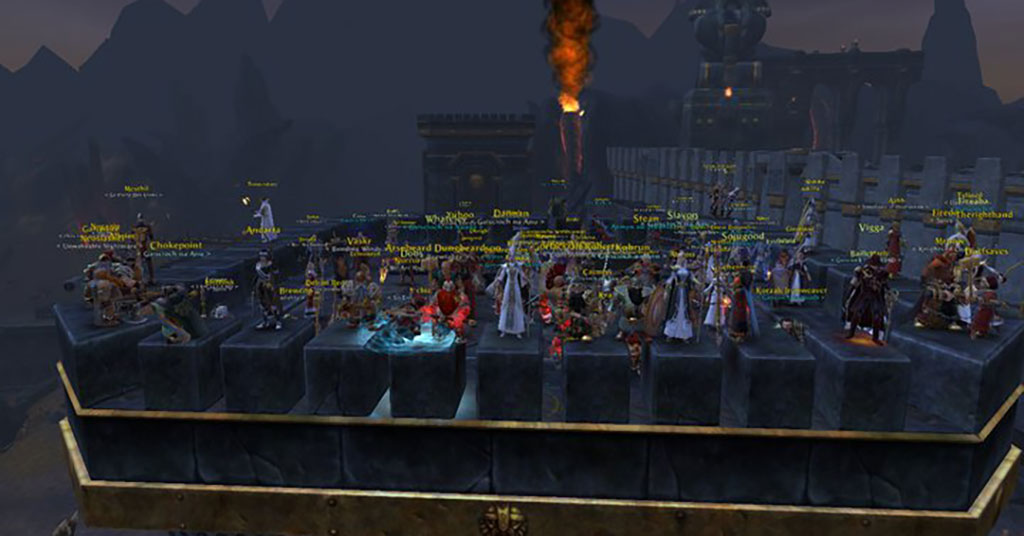 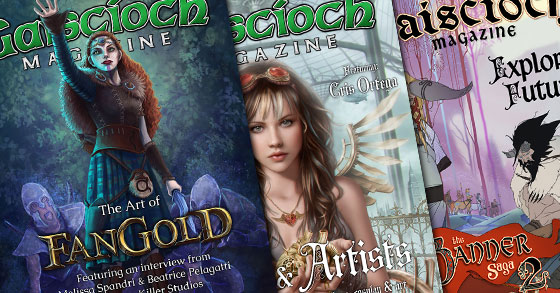 Gaiscioch Magazine launched in March of 2014 as a free volunteer driven quarterly publication produced by the Gaiscioch Community. 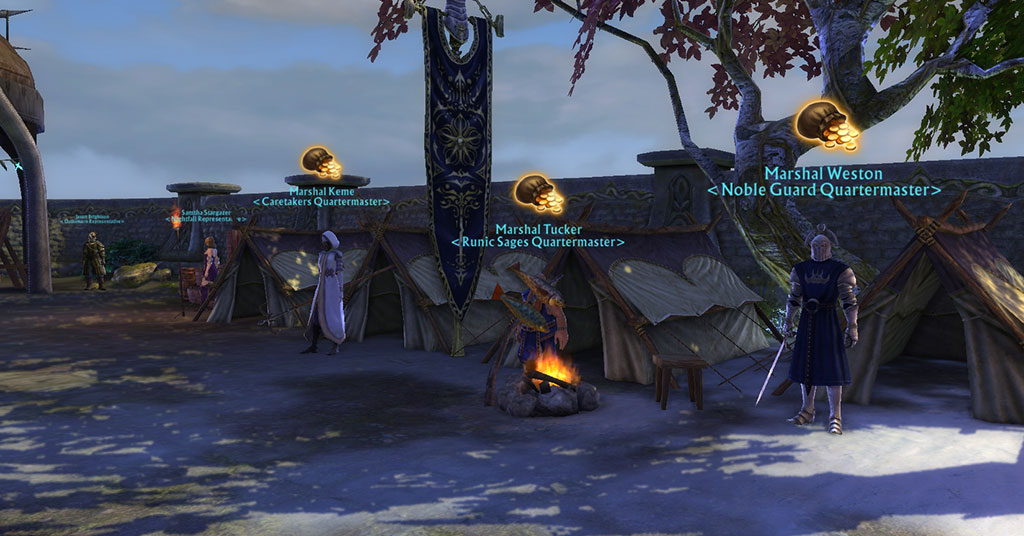 Knowledge is worthless if not shared. Our guides have been heralded by websites, game studios, and players for more than a decade. We demystify game content and provide easy to read guides for all. 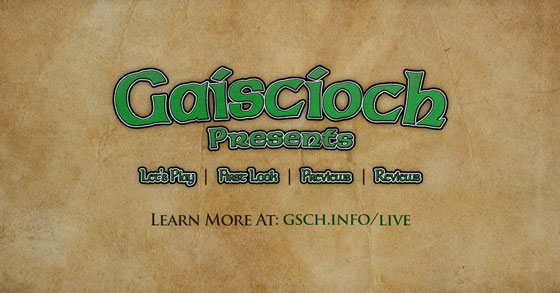 Gaiscioch Livestreams produce engaging video interaction with some of the hottest games on the market. We feature playthroughs, first looks, lets play, previews and reviews across our livestreaming platforms. Streaming daily to Twitch & YouTube Gaming.

Taking the Gaiscioch Experience beyond the chapter. We play an active roll in many recreational outlets 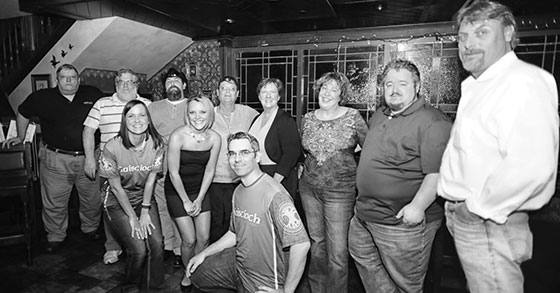 Several times a year we setup meetups at conferences and plan special meetup events. There's nothing better than putting a face to the name. 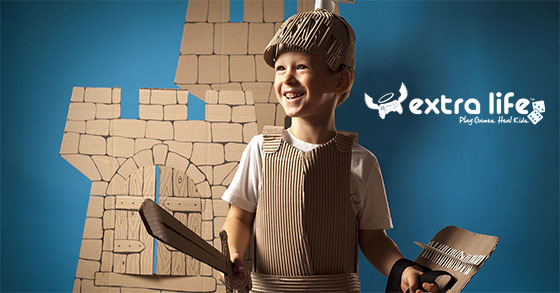 Our charity involvement runs deep as we are committed to helping children find epic experiences of their own. Gaiscioch proudly supports the Children's Miracle Network and participates annually in the Extra Life Charity Event. 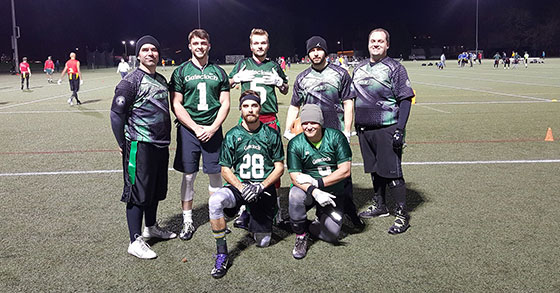 Gaiscioch has a full selection of jerseys and uniforms for athletic teams to use in their own home town. For more than 10 years, Gaiscioch Flag-Football has been the flagship of the program in Portland, Oregon.